Last week, I had a couple friends over with their kiddos and we made these adorable little turkeys. Caedmon has his proudly displayed on his door. I found the idea here. 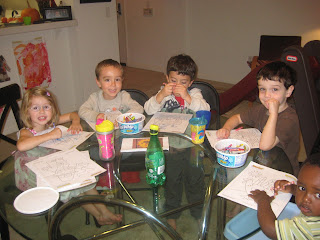 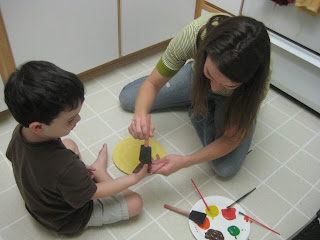 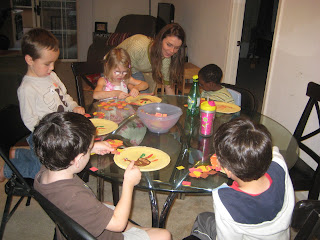 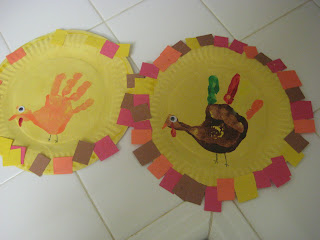 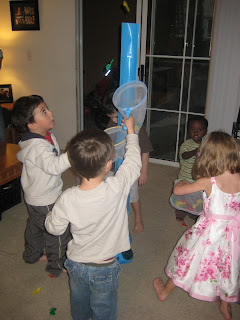 Posted by Stacie at 9:57 AM No comments:

Email ThisBlogThis!Share to TwitterShare to FacebookShare to Pinterest
Labels: motherhood

Hide 'Em In Their Hearts

Caedmon has been working very hard to earn money around here because Bay Kids is having a boys vs. girls competition to see who can raise more money for South Bay's Forward initiative. Caedmon has four chores that he can earn stickers for throughout the week (stay in bed, clean up, practice riding bike, get ready for bed without complaining). Each sticker is worth one dime and one M&M.

We also started a new incentive program last week that has been WONDERFUL! I made a Bible Memory Verse chart and put it right by our kitchen table. Now our meal times are full of scripture memory, and Caedmon is the one pushing to learn them! So cool. Last week we practiced all week and then on Saturday he quoted me all the ones he could remember. He earned one dime/M&M for every verse he could remember and an extra dime/M&M if he could remember the reference. 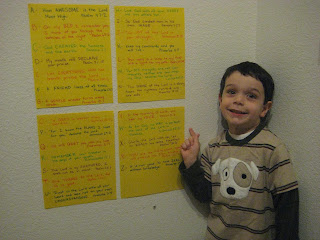 How can a young man keep his way pure?
By living according to Your Word.
I seek You with all my heart;
Do not let me stray from Your commands.
I have hidden Your Word in my heart
That I might not sin against You.
Psalm 119:9-11
Posted by Stacie at 9:27 AM 1 comment:

Stress-Free Sundays, or not...

As a pastor's wife, one of my primary roles is to eliminate stress for my husband on Sundays. His job of communicating the Word of God is so vitally important that I don't want anything to distract him. We go to great extremes to create a stress-free zone surrounding Sunday mornings, but some days things just do not go as we planned them...especially when kiddos are involved.

Sunday morning begins on Saturday night for us. Every Saturday night, I pick out all 4 of our outfits and make sure they are ironed and ready to go in the morning. I also prep our breakfast for the morning so that it will take less time and hassle to cook in the morning. Andy's ritual Sunday breakfast includes 3 egg whites with 1 whole egg, 3 pieces of turkey bacon, a yogurt or some fruit, and a glass of juice.

We typically don't go anywhere on Saturday nights and all try to get to sleep early because Andy gets up with the rooster on Sunday mornings.

Well, I thought I was being really proactive this week because I had Sammy in his bed by 7:15 on Saturday night. Caedmon had taken a good nap that day and I knew he wouldn't be tired, so I set him up in his bed with some library books to help him calm down. Things were going great. Sammy fell asleep before 8 and Caedmon finished up his library books around 8:15. That's about the time that everything began to unravel...

Caedmon had a total and complete meltdown when trying to pick out his stuffed animal to sleep with that night. I know, paramount decision, right? After trying to calm him down and reason with him, he only got more defiant and violent and ended up without a stuffed animal at all. Sammy woke up about that time with a poopy diaper and didn't fall back asleep until 9:00. (Did I mention I have to stay in the room with him until he's completely asleep?) When Andy & I went to sleep at 9:40, Caedmon was still awake and we were just hoping he didn't get up and destroy the apartment.

Sammy woke up again at 1:30 AM and just wanted to "hang out" a little. Andy headed to the couch so he could get back to sleep. Sammy, on the other hand, was no too interested in sleeping. He wasn't crying and he would lay down in his pack-n-play. But every 15-20 minutes, just as I would be falling back asleep, he would stand back up again. It was like some kind of cruel torture method..."Haha, you thought I was asleep! Nope. And I want to make sure you're not either!" He finally fell asleep around 3:30 AM and I got back to sleep around 4. When Andy woke me up at 7, I felt like a total zombie.

The next morning at church, a staff member came up to me as the 3rd service was starting and said, "I think Caedmon has hives." Hives? Seriously? Yes. All over his face.

I was 90% sure I had Benadryl at home, so I loaded up both boys and headed home. The 10% uncertainty is what turned out to be true, so I called Mandy to see if she had any. Nope. The boys and I walked over to the little market at our apartment complex to see if they had any. Nope. So the three of us loaded back into the car to go to the grocery store to get some Benadryl. One hour later, we were home. And hungry. And exhausted.

So much for a stress-free Sunday, huh? Oh well, you win some, you lose some!
Posted by Stacie at 3:16 PM 1 comment:

If you know the Wood family, you know "Date Night" is a high priority around here. Andy & I go out on a date every Friday night while Filipe & Mandy babysit our kids. It's awesome. When we come home, our kids have been fed, bathed, and are peacefully sleeping in their beds, FOR FREE! And there's no guilt in accepting the free babysitting because we do the same thing for them every Thursday night. I highly recommend finding a family to swap babysitting with.

Some people wonder how in the world we can afford to go out on a date every week. Well, our dates are rarely extravagant. We often split a meal at a mid-grade restaurant and then go out for coffee afterwards. This month, however, our "eating out" budget has been a little tight. So last night we enjoyed a $10 date, and it was oh so nice! Let me share...

I received a coupon to get a Bertolli Ready Bake meal for $5 from Target. So I bought chicken cannelloni and I put a salad with it. A quick, easy dinner that was actually really yummy. We ate it on fine china over candlelight with Josh Groban serenading us.  After dinner, we went by Peet's and got Andy a drink with a gift card someone had given him. Then we went to Starbucks and got me a free drink with a coupon I had. We also bought a couple of chocolate mint brownies for $5 and enjoyed our drinks, dessert, and a great conversation.

And there you have it...a great date night for $10. Be creative and prioritize date night. Your marriage will thank you!
Posted by Stacie at 2:43 PM No comments: 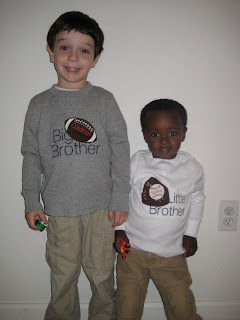 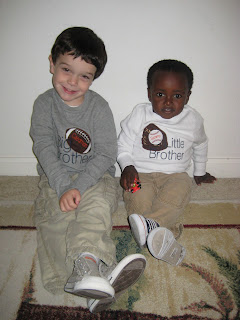 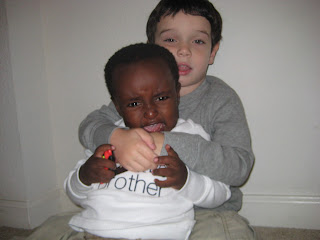 Sammy's language is picking up like wildfire and I believe that much of that can be attributed to his older brother. Caedmon is a talking machine from morning until night, so Sammy has ample opportunity to hear language all day long!

Thank you, Caedmon, for teaching Sammy the essentials of survival as an American toddler. See, he's fitting right in already!

Sammy has also, graciously, taught Caedmon a thing or two...Caedmon is much more into hitting, kicking, and biting now that he's sees Sammy's example.

Today I feel compelled to tell you some of the reasons why loving Andy is so easy right now... 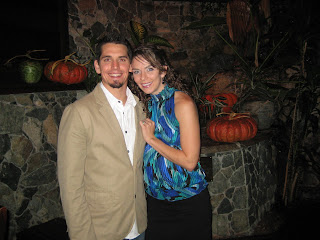 I could go on and on telling you about wrestling matches with the boys, washing dishes, picking up after himself, and other things. But I'll stop here for today and just let you know that I'm thankful for my husband.
Posted by Stacie at 2:29 PM No comments:

On Monday nights Andy & I are leading a married couples life group through a curriculum called "Marriage Built to Last". This past week Chip Ingram gave a definition for love that I have thought about over and over the past few days. He said love is "giving someone what they need the most when they deserve it the least at great personal cost." Chip was specifically talking about marriage, but I've been meditating on it in relation to what that looks like with my kids.

Honestly, according to that definition, it's a lot easier for me to "love" Andy right now than it is for me to "love" my kids. Although this has been a busy couple of months for Andy, I can see how much effort he's putting in to helping out at home, trying to give me windows of relief, and empathizing with what I'm going through. We have really been working together as a team as we navigate this adjustment period with Sammy. It's not taking a lot of effort to "love" Andy.

Without going into all that we've been dealing with (mainly the same ol' stuff...sleeping issues, sibling issues, attachment issues) I'll just say that this has been a tough week for me and I've been feeling very weary. When I heard that definition of love I thought to myself, "That is where I am living right now."

Today as I was reading my Bible, I came across Proverbs 3:3 which says,


"Let love and faithfulness never leave you;
bind them around your neck,
write them on the tablet of your heart."
Love and faithfulness. That is what I need right now. I need to keep giving my boys what they need the most when they deserve it the least, even when it comes at great personal cost. I need to faithfully do that today. And tomorrow. And next week.
I'm so thankful that I have a Savior who loved me when I least deserved at great personal cost to Himself.
Posted by Stacie at 3:09 PM 1 comment: 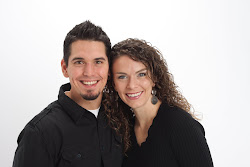 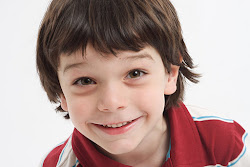 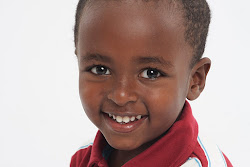 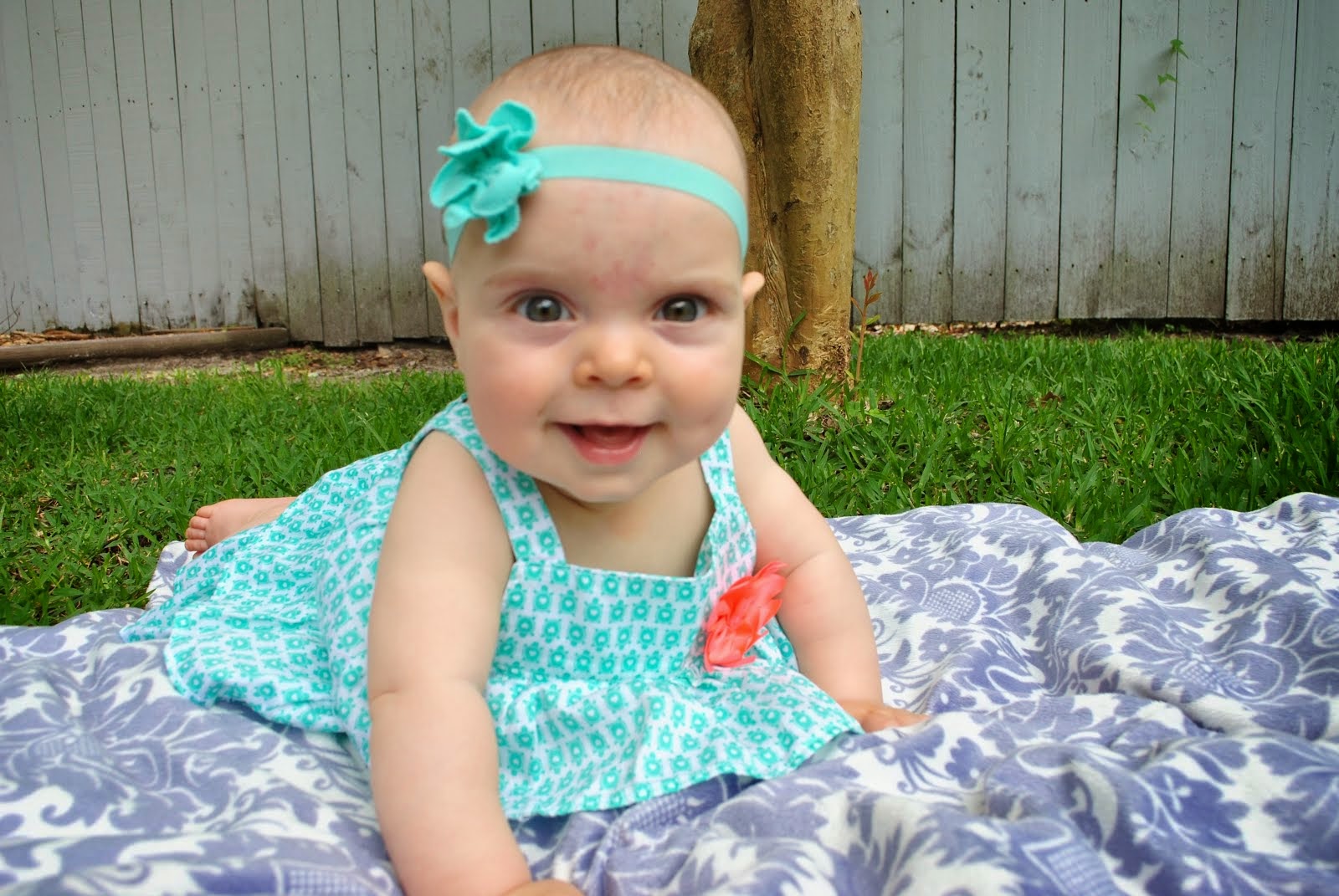